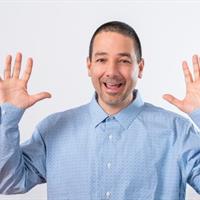 Eric is a Senior Vice President with BG’s Professional Resources Division. He has over 20 years of successful staffing industry experience. Prior to BGSF, Eric served as CEO of a regional Life Sciences staffing solutions provider to the Biotech industry from 2016-2018.  From 2003-2015 he served as Executive Vice President over North America’s IT staffing operations for Hudson Global, leading the business to several years of revenue and earnings growth over a 12 year tenure leading to the successful sale to Mastech Digital in 2015.Previous to Hudson, Eric was responsible for leading the New England region’s technology practice for Kelly Services, turning around a low performing region into the nation’s fastest growing business unit.Prior to Kelly, Eric was a Chairman’s Award winner for Robert Half International, providing division leadership to the Boston branch of RHI’s software development staff augmentation specialty. He built this operation from scratch into the top performing office worldwide. He also earned President’s Club status as a salesperson while in the Chicago office in his first two years with RHI.Eric has a Bachelors of Arts degree from the University of Connecticut and lives in Walpole, MA with his wife and three children.