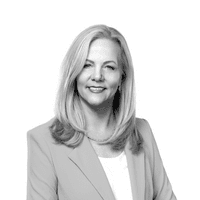 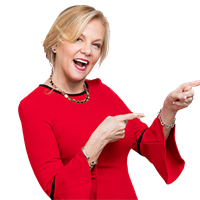 Beth Garvey joined BGSF (NYSE:BGSF), a multi-divisional talent solutions provider specializing in IT Consulting, Finance & Accounting, and Real Estate services, in 2013.  A more than 23-year veteran of the industry, she began her career in 1998 with InStaff where she quickly moved into leadership and ultimately the CEO role prior to the company’s acquisition by BGSF in 2013.  Once again, she progressed quickly – as COO of the combined companies, she led efforts to integrate and consolidate numerous acquisitions.  In 2018, Beth became CEO and has since continued consolidation efforts including the launch of an entire system upgrade positioning the organization for continued success through strong organic and acquisition growth. In 2022, Beth was elected Chairwoman of the corporation’s Board of Directors.

Staffing Industry Analysts have recognized her as one of North America Staffing 100 for the previous three years and included her in the Global Power 150 – Women in Staffing list for the past four years. Garvey was named as a finalist in the EY Entrepreneur of the Year® 2020 Award for the Southwest region. She is a four-time recipient of D CEO’s top Dallas 500 Business Leaders and was a Dallas Business Journal ‘Women in Business’ 2010 honoree recognizing outstanding women business leaders who not only make a difference in their industries but also in their communities.

As someone who believes in the ripple effect of helping people find jobs, the connection between education and the workforce, and the impact it has on communities, Beth is actively involved in organizations that support business, women, and those who are underserved.  She currently serves on the Board of Directors of the National Association of Corporate Directors in North Texas, Junior Achievement of Dallas, and the Dallas Regional Chamber, where she is a member of the DEI Diversity Leadership Sub-Council, prior Co-Chair of the Talent Attraction Committee, and prior Chair of the Executive Women’s Roundtable. She is a member of YTexas and founding Board Member of the YTexas Foundation an initiative of Texas CEOs to help advance workforce development initiatives for students and veterans in the State of Texas. In addition, she is a member of the Leadership Committee for the Dallas 50/50 Women on Boards.