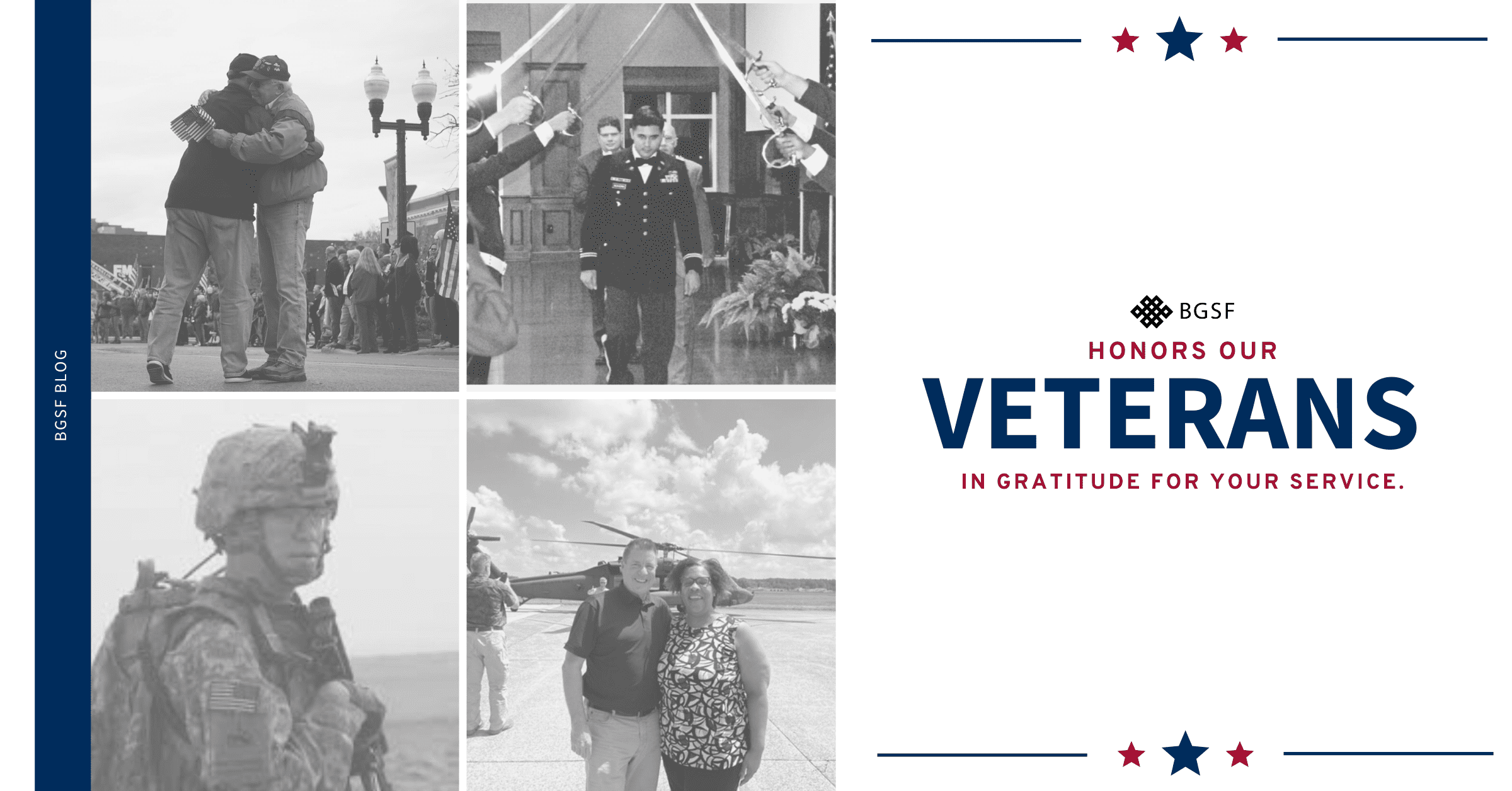 As part of the 2022 Veterans Day theme, Honor, BGSF asked employees to highlight the special Veterans in their lives. Below you will find stories, from our own employees, honoring their loved ones. 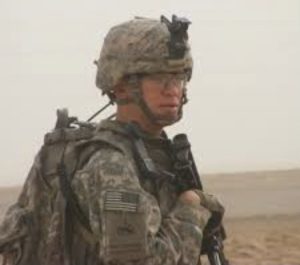 “My best friend’s stepdad was in the Army, and I looked up to him. When I saw the war start on the news, I knew he was a part of what was happening, and I wanted to be a part of that too.”  Ricky Hoelscher joined the U.S. Army in 2009 after watching footage of Tomahawk Cruise Missiles hitting Saddam’s Presidential Palace on the evening news in 2003, at the age of just 12.

“There was no rhyme or reason why I wanted to join. Hell, I was afraid to go to war. I didn’t join because I wanted to look tough, or have people look at me like I was a hero. I hated that aspect, and still do. Joining the Army was something I just wanted to do… from the age of 12, I knew it’s what I wanted to do.”

Ricky graduated high school in June of 2009, and just three days after his high school graduation, he was sent to Fort Benning, Georgia to begin his basic training as an Infantryman. Within one year, graduating basic training in October 2009 and in Iraq by Christmas Eve 2009, Ricky went from being a normal high school kid, to conducting combat patrol missions in an active war zone.

“Once in Basic Training, our Drill Sergeants went around the room asking what we would do when we first encountered a fire fight. They went through about 5-6 guys who gave the generic, ‘I am going to shoot the enemy in the face’ type of answer you’d hear from a young kid. They finally got to me, and my answer was ‘I don’t know.’ When I was asked to elaborate on what I meant, I said, ‘I don’t know because I’ve never been in combat before, but I’d hope the training I got from them, and that of my leaders in combat, would get me through it.’” 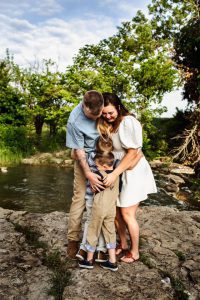 After his unit oversaw the second peaceful democratic election in Iraq history, the conflict went from a combat zone to a security oversight zone, making Ricky, and his fellow troops, the last official combat troops in the Iraq War.

“I never really had a ton of life goals. Joining the Army was my life goal. That was it… Since I have transitioned back into civilian life, and settled down, I would say my life goals are to be a decent human being to everyone around me, be the best husband I know how to do be, love and raise my kids to be good people and teach them how to be contributors to society.”

Since arriving home in 2012, Ricky has used his GI Bill to receive a bachelor’s degree in Sports, Recreation, and Management. He juggles the roles of caregiver to his two sons, husband to his wife, and full-time employee to the City of Forney, TX. He cherishes any opportunity to speak with and motivate other Veterans, as well as civilians, especially those who have a hard time coping with life after traumatic events. 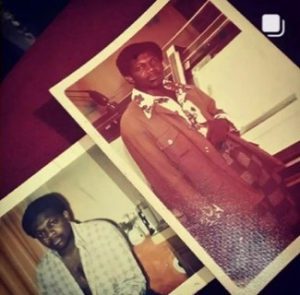 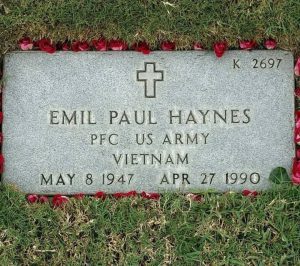 Emil Paul Haynes fought in the Vietnam War. Passing in April of 1990, we continue to honor and salute him for his bravery and service to the U.S. Army. We are honored to celebrate his life today and celebrate his brothers that served in the military alongside him. 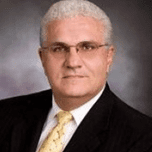 Keith Veir was a member of the U.S. Army from 1972-1977, serving during the Vietnam War. During his time in the Army, he was a competitive powerlifter and held the European record for the bench press in the 148lb weight class! Keith is an inspiring father to both his son and daughter. He enjoys working, spending time with family, and his 6 cats!

Christian Veir says, “If it weren’t for my father, I would not be involved in business or commercial real estate here at BG Talent. I thank him and all other Veterans for their service!” 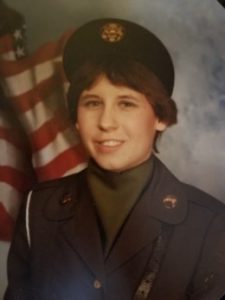 After graduating high school, Jackie began taking college courses, but felt she needed to go in a different direction.

“I never considered the military until a friend went in the Navy. The structure and discipline of the military was what I needed at that time. But since I get motion sickness, boats were out!”

When joining the U.S. Army, Jackie had considered becoming a Police Officer as a long-term career, so she made the decision to enlist in the Military Police. After boot camp and Advanced Instructional Training for MP’s, she was stationed in Germany. She soon learned that MP’s protected nuclear weapons, not just the normal police duty, thus becoming a “tower rat.”

“During my time in Germany there were several bombings in Europe and the military was not allowed to travel outside of a 2-hour radius, we were on high alert. I was assigned to helicopter missions moving nuclear weapons from base to base as the security detail. I was able to enjoy downtime in addition to the seriousness of the job. I was chosen to represent the military as part of the USAREAR competitive raft team. Those were some fun times in the military!”

While serving in Germany, Jackie met her husband, Doug. They both realized how important it was to finish their college degrees, and after their active-duty commitment ended, they returned home to the U.S. and went back to college. Jackie received her BS in Chemistry through the U.S. Army college fund. While Jackie was primarily a stay-at-home mom to her 4 daughters, after they were old enough, she decided to go back into the workforce. Today, Jackie works for our very own BGSF within the Accounting Department as a Corporate Accounts Receivable & Collections team member!

“Memories of my military service become more important to me as I see various national and international events unfold. I made a commitment to defend the Constitution of the United States and even though it’s been over 30 years since I left the military, it is ingrained in my being. The freedom we have daily, comes at a cost to others. I feel very lucky to have served during the Cold war timeframe, I didn’t have to see any active conflicts.”

Dehrel Seahorn was a member of the U.S Army from 2004 – 2014, serving as a Private to Captain. While in the Army, he served in various assignments throughout the U.S, as well as overseas assignments to Korea and 2 combat tours in Afghanistan with the 101st Airborne Division, 4th Brigade Combat Team (Band of Brothers).

His pictures include memories of taking oath and being sworn in as a brand-new butter bar, dinner ceremonies (after listening to someone talk smack about Nickelback), and his commissioning ceremony. 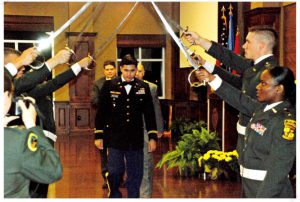 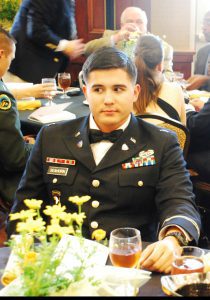 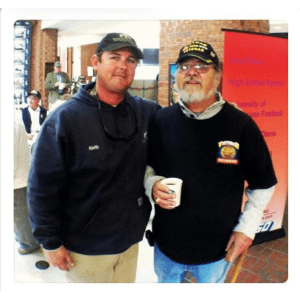 “As a U.S. Navy Veteran and having several family members, from every brand of the military, who have served in the Korean War, Vietnam War, and Desert Storm; you can understand why Veteran’s Day holds special meaning for me.” 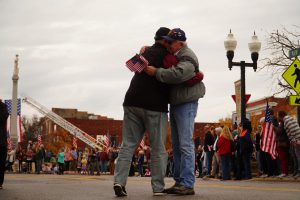 Last year, Dennis eulogized his Uncle Dutch (pictured on the left), a Vietnam Veteran, who was the most “quietly” patriotic person he has ever known. Dutch was so supportive of Veterans and until he passed last year, he never missed a Franklin Veterans Day Parade. In honor of Dutch and all Veterans, Dennis will join his son Keith and attend every Veterans Day parade in the future.

“I’m very proud to represent BGSF on a Nashville Chamber group that is working closely with Fort Campbell to assist soldiers and military personnel who are transitioning from military to civilian life.” 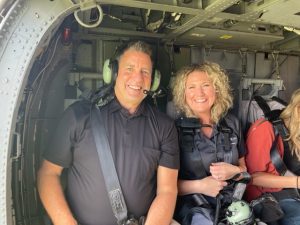 Dennis was able to spend a full day at Fort Campbell meeting with leaders, the Career Transition team and touring the base including a Blackhawk helicopter tour.

“It was a special day and reinforced how blessed we are to live here in the US!” 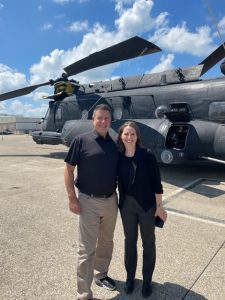 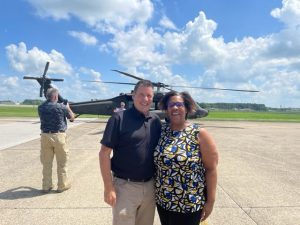 “Our Veterans are special…and I will always value and appreciate their sacrifices and contributions!”