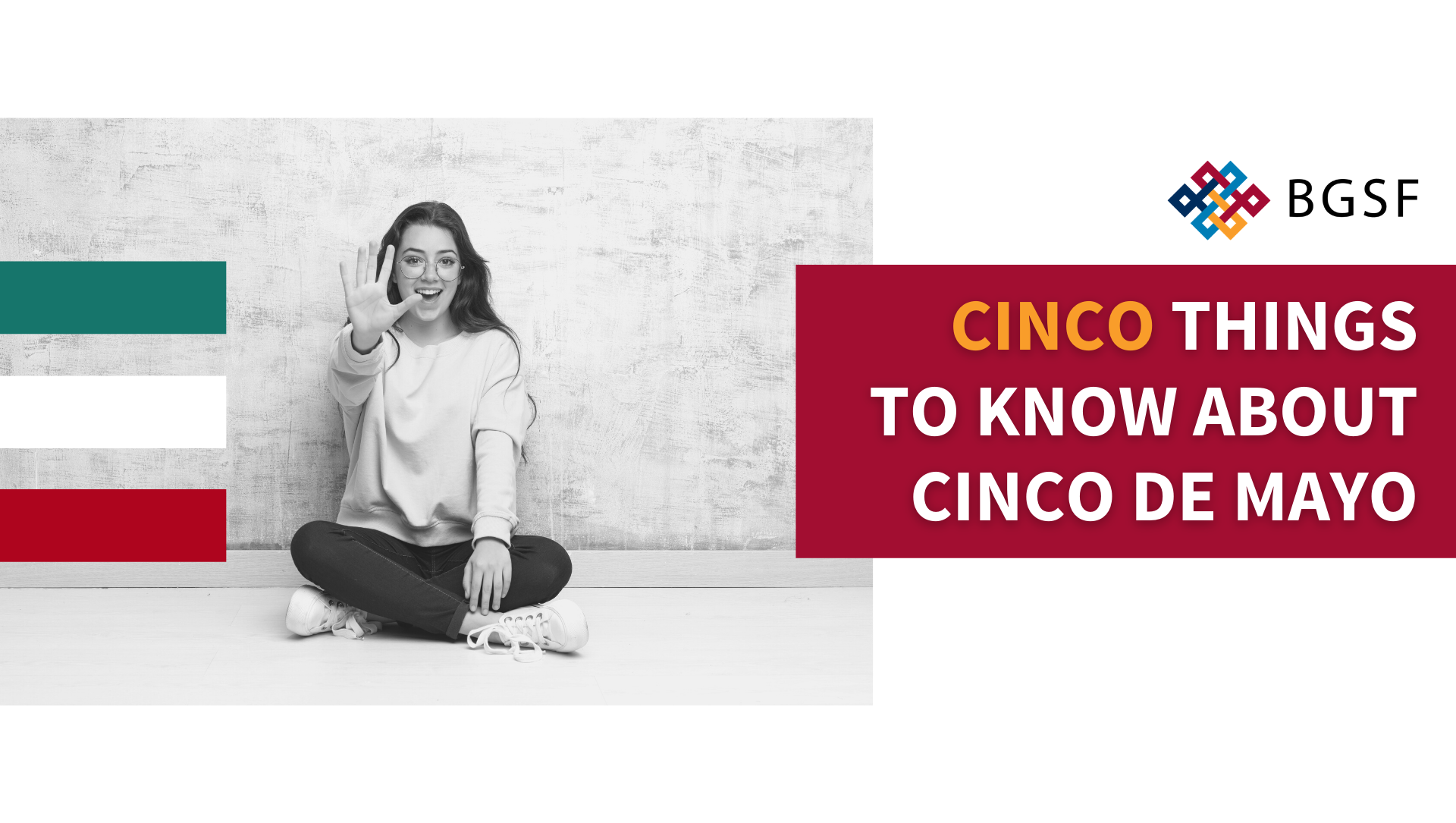 This year, BGSF is celebrating Cinco de Mayo in a fun and new way! This brief article will help unpack some interesting facts about the holiday we all know and love. You’ll learn how Mexico and the US became allies during the time of the Civil War and how Cinco de Mayo is more like the movie 300 than Nacho Libre. Let’s dive in and learn five things you might not have known about Cinco De Mayo.

Contrary to popular belief, Cinco de Mayo is not Mexico’s Independence Day. That historic date falls on September 16, 1810. So, what is Cinco de Mayo? The fifth of May marks a significant military victory known as the Battle of Puebla; a similar comparison to American history would be the Battle of Gettysburg. While notable and revered, this battle was famed for its struggle and strategic military boast given to the war efforts as a whole. Like any battle that results in lost lives of brave soldiers, the battle associated with Cinco de Mayo is held in higher regard by locals rather than the nation. Similar to the way in America we don’t celebrate numerous famous battles with fireworks and parades. Instead, we reserve that excitement for a single day of celebration on the Fourth of July.

As mentioned before, the Battle of Puebla was a minor victory that was part of a larger struggle in the fight to gain independence. Because Mexican citizens understand that historical context, the holiday isn’t widely celebrated throughout most of the country. It is however celebrated every year with parades, dancing and song in the city of Puebla. The area where the battle took place located southeast of Mexico City.

Mexico was indebted to Britain, France, and Spain. Both Spain and Britain were able to come to an agreement while France saw this as an opportunity to take a military stronghold in the Americas. At the time Napoleon III saw the Civil War to the north of Mexico as the perfect distraction to set up a military advantage that was certainly not going to end with the overtaking of Mexico. Napoleon had his eyes on the strategic prize that was the robust and vulnerable United States.

Like the Battle of Thermopylae in the movie 300, the Persian army expected a certain victory due to the sheer number of soldiers on their side. The French commander was under the impression that the town was pro-France and had planned to overthrow the local municipality as soon as they arrived. This would prove to be a costly mistake even though they outnumbered the Mexican forces 3:1. Texas-born General Ignacio Zaragoza used the landscape of the mountainous region to his advantage. While the Mexican troops were poorly equipped and untrained, he was able to lead them into victory; only suffering the loss of 83 soldiers in comparison to the 462 total French fatalities.

To continue the similarity to the battle of Thermopylae, the French, like the Persians would come back in much larger numbers to win the battle they had initially lost in humiliation. However, the continued resistance of battle like these gave the US time to establish itself during the Civil War, and funds were delivered went South after Lincoln’s reelection of 1864 by way of Mexican-American communities, along with donations from other sympathetic American communities.

Some of the first recorded celebrations of Cinco de Mayo took place in California when native-born Mexican miners caught wind of the victory. They were so filled with national pride that they began shooting guns in the air and celebrated with music and song.

To this day, the festivities of Cinco de Mayo have taken a life all its own. The day is celebrated throughout the US with parades, food, and music. However you chose to celebrate this year, remember the history of this special occasion, and celebrate the unity that was formed by Mexico and the United States, as each country struggled side-by-side, and not against one another, in their own fight for freedom.

To learn more, check out these links.